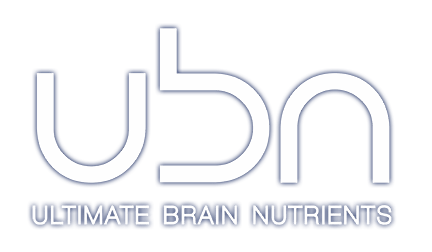 The Evolution Of Brain Health.

40 years of scientific research has helped create UBN’s all-natural proprietary formulations which do not contain sugar or caffeine.

Over 50M Americans consume unhealthy energy drinks daily. The Neuro/Energy market generates over $10B per year in revenue.

“Medical and Scientific research in the field of Brain and Physiological Metabolism”
Research and Development of proprietary natural products committed to improving brain health including memory, cognition, focus, and neuro-energy. 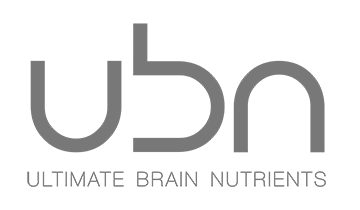 Relates to migraine headaches, particularly focusing on preventing, arresting, or reducing the frequency and severity of migraines with natural compositions.

Methods of reducing the frequency of migraine onset, migraine symptoms, and augmenting the effects of pharmaceutical and non-pharmaceutical interventions.

Provides a formulation that relates to enhancement of metabolic energy pathways to improve attention, cognition, memory, analytical and executive functions of the human brain..

Secondary formulation and related method of manufacture for migraine headaches, more particularly to preventing, arresting, or reducing the frequency and severity.

An analysis of the MCT formulation was performed by Dr. Ernst Schaefer, Distinguished University Professor, School of Nutrition Science, Tufts University School of Medicine. The results from advanced laboratory assays documented that the product raised ketone levels up to 5X base line normal in the blood at 60 to 90 minutes post-consumption and the half-life of ketosis was at least hour hours, so benefits can be present for essentially the entire day. Of note, many subjects noted rapid onset of greater awareness, energy, clarity and performance within 15 to 30 minutes.

A study by Dr. Bradford Weeks, well-known Washington neurologist-psychiatrist, included 24 previously diagnosed patients with moderate Alzheimer’s disease. The participants completed a twice a day trial on the formulation for one month and the data analysis showed that all of them improved on one or more of three key disease measures. The results were surprisingly robust, with overall improvement of about 10% across all validated metrics. Mean improvement of all subjects was 21% on the Montreal Cognitive Assessment, 8.6% on the Mini-Mental States Exam and 13% on the Quality of Life Assessment.

In addition, the Byrd Alzheimer’s Institute at the University of South Florida initiated a 3-month, prospective, randomized, double-blind, placebo-controlled, crossover clinical trial of 65 individuals with moderate Alzheimer’s disease. The quality of life benefits from the presumed “active” formulation became so obvious early on that the study administrators could not recruit enough subjects for the placebo group and the trial was halted before a final statistical analysis could be performed. The investigators stated that the “improvement” noted in those patients who were taking the product was dramatic (matching the results demonstrated by the Weeks study described above).

“A recent clinical trial evaluated brain activation and sports performance. The results were so strongly positive that the study was accepted for presentation at the 2020 Annual Meeting of the American College of Sports Medicine in San Francisco. 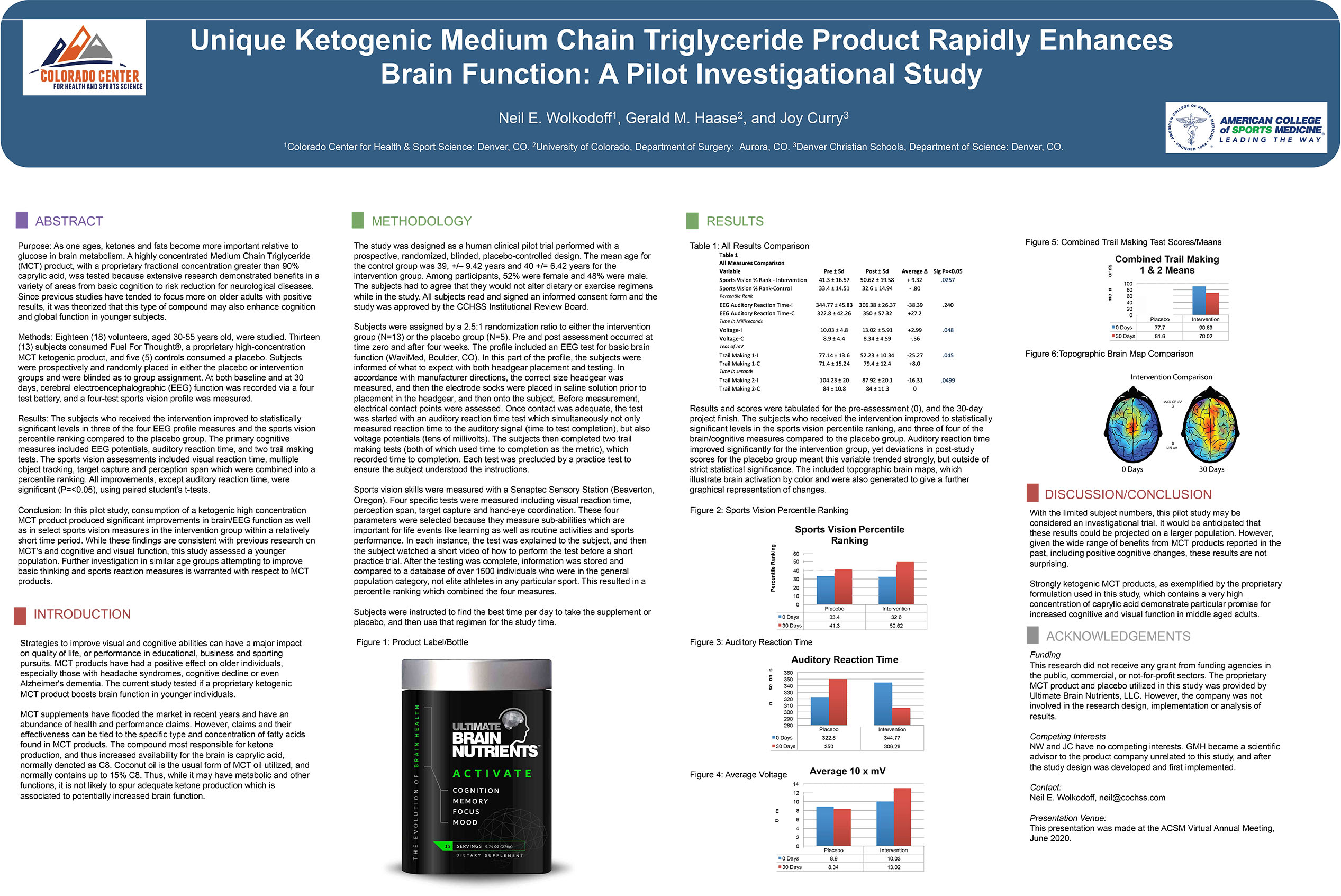 UBN’s KETONOMICS® supplementation has been studied in sports  physiology. Benefits include competitive performance and endurance.

These statements have not been evaluated by the Food and Drug Administration. These products are not intended to diagnose, treat, cure or prevent any disease. Results may vary from person to person. Always consult your Doctor if unsure.